Get better at
talking to people

Art of conversation is a unique program with concepts, strategies and guidance to help you have meaningful interactions with the people that matter.
JOIN NOW
already a member? Login

This is a tale of

Ramesh and Suresh are essentially the same person. We outlined these fictional characters based on real responses from our students  before and after going through the Art of Conversation program. Discover the distinctions below.

Ramesh has mastered the Art of Conversation.


Ramesh is the life of all parties and events.

Ramesh is an excellent negotiator and often gets what he wants through conversations.

Ramesh knows how to deal with conflict and awkwardness.

Ramesh closes the maximum number of sales calls among his colleagues.

Suresh does not know how to charm people in a conversation.

Suresh gets terrified by the idea of talking to strangers.

Suresh is nervous when he tries to tell a story and cannot hold attention.

Suresh ends up either giving too much or getting back too little.

Suresh avoids new conversations because he is afraid of conflict and awkwardness.

Suresh feels extremely nervous and he has never cracked a good deal.

scenario: Ramesh and suresh are invited to an office party 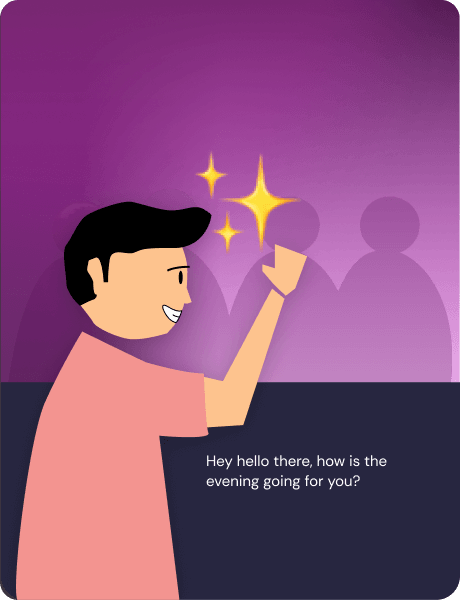 Ramesh is very excited to enjoy the party with his friends and colleagues. He is dressed well and is looking forward to the night of new experiences. 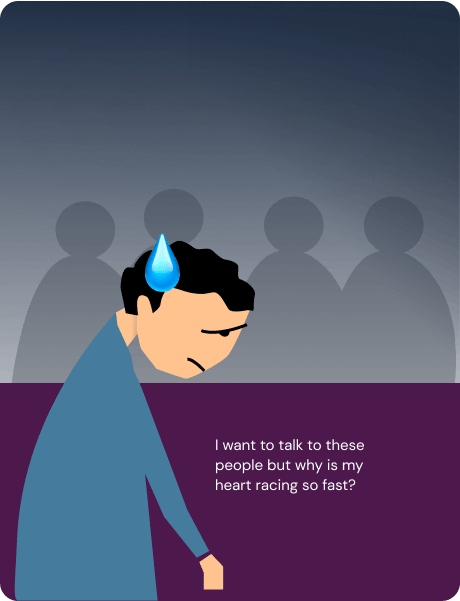 Suresh, on the other hand, is nervous. He is confused about whether he should go to the party or not. Even though Suresh desires a social life, he feels under-confident about his personality and thinks he will make a bad impression on everybody he'll meet at the party. 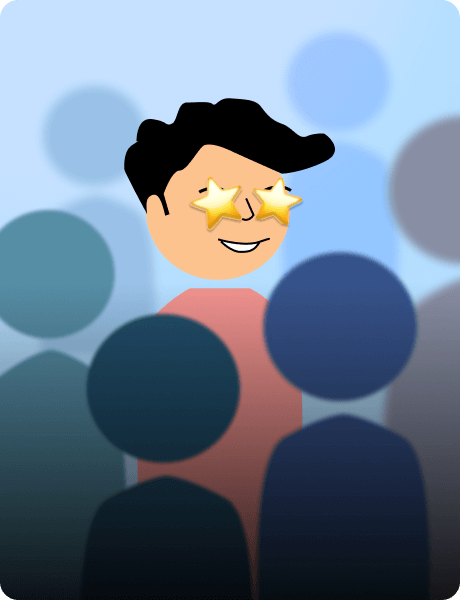 The party has just begun; the decor is funky, people are chilled out, food and drinks are being served, nice techno music is playing in the background, and everyone is enjoying themselves. 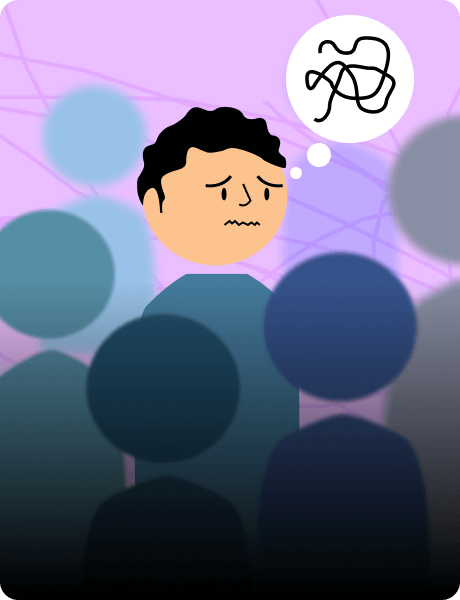 Upon arrival at the venue, both Ramesh and Suresh grab their seats to make themselves comfortable. Suresh is confused seeing so many new people. He’s not sure how to start conversations and is overwhelmed 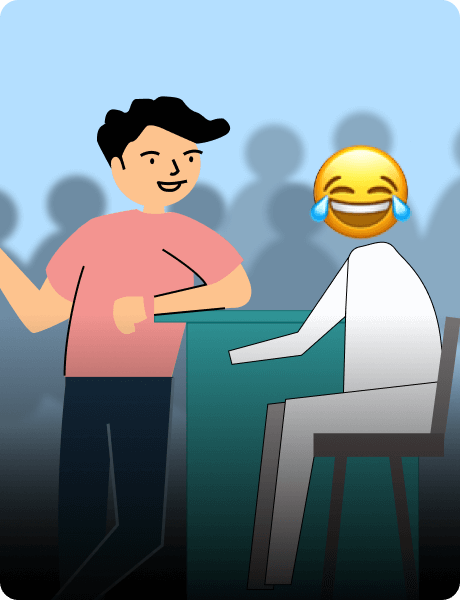 Ramesh looks around and realizes that there are many people at the party that he does not know. He understands that every fifth guest at a gathering will have a new opportunity, a new story, or a new connection. So he goes around the hall and meets them, makes them laugh with his banter, and impresses them with his stories. Ramesh quickly becomes a party favorite 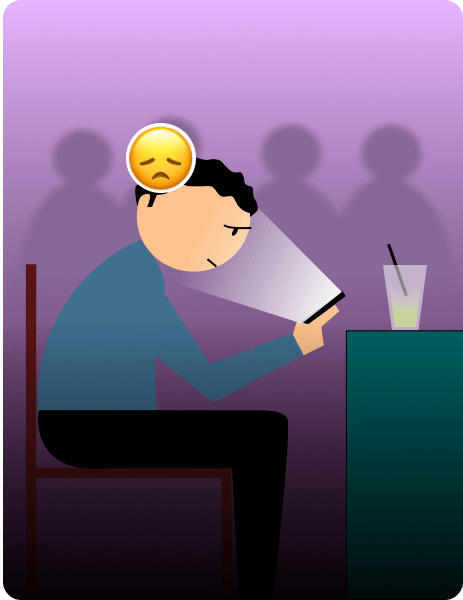 Meanwhile, Suresh is lonely and has found a corner. To avoid being approached, he keeps his head down, sips his virgin mojito through a straw, and goes through his Instagram feed.

Let's talk
about YOU 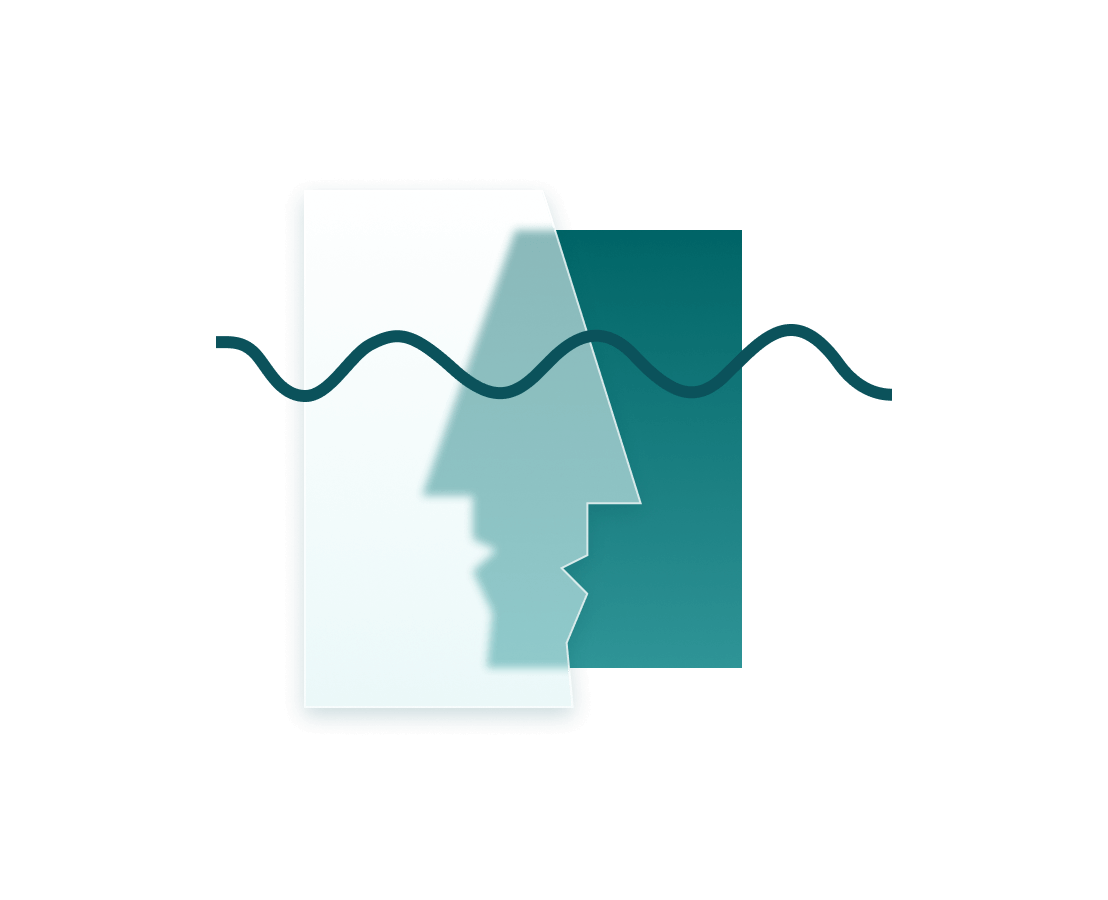 Concise, straight to the point lectures teaching you the fundamentals of a social interaction - giving you the underlying blueprint of any conversation.

What started as a simple self-paced online course has now become a full-fledged program with exercises, LIVE interactive classes, Q&A sessions, access to our private discord community for practicing & networking, with an entire year’s subscription.

The Art of Conversation teaches you everything you need to succeed at having great conversations.


Come, be a part of this exciting, continuously improvising program.
JOIN NOW

practice in the community

Get familiar with the framework

You will learn not only from the video modules on fundamental concepts and mindset, but also from the examples that explain the application of theory into practice, and Prakhar’s personal strategies & techniques that help you improve your skills.

Complete the list of scheduled exercises designed to help you pick up your lessons and put them into action. This will shorten your learning curve drastically and you will feel ready to win any conversation.

You can participate in our weekly LIVE interactive classes, in which, we cover some new topics in addition to the course content. Additionally, you can also clear your doubts & ask questions.

So you’ve learned the concepts and completed the exercises. Now what? Be a part of our 1000+ people community and practice your conversation skills on our voice channels. You have the option of practicing in one-on-one or group conversation rooms. At the end of your learning journey, you will have so much fun engaging and interacting with others in the real world by using what you've learned from the community. 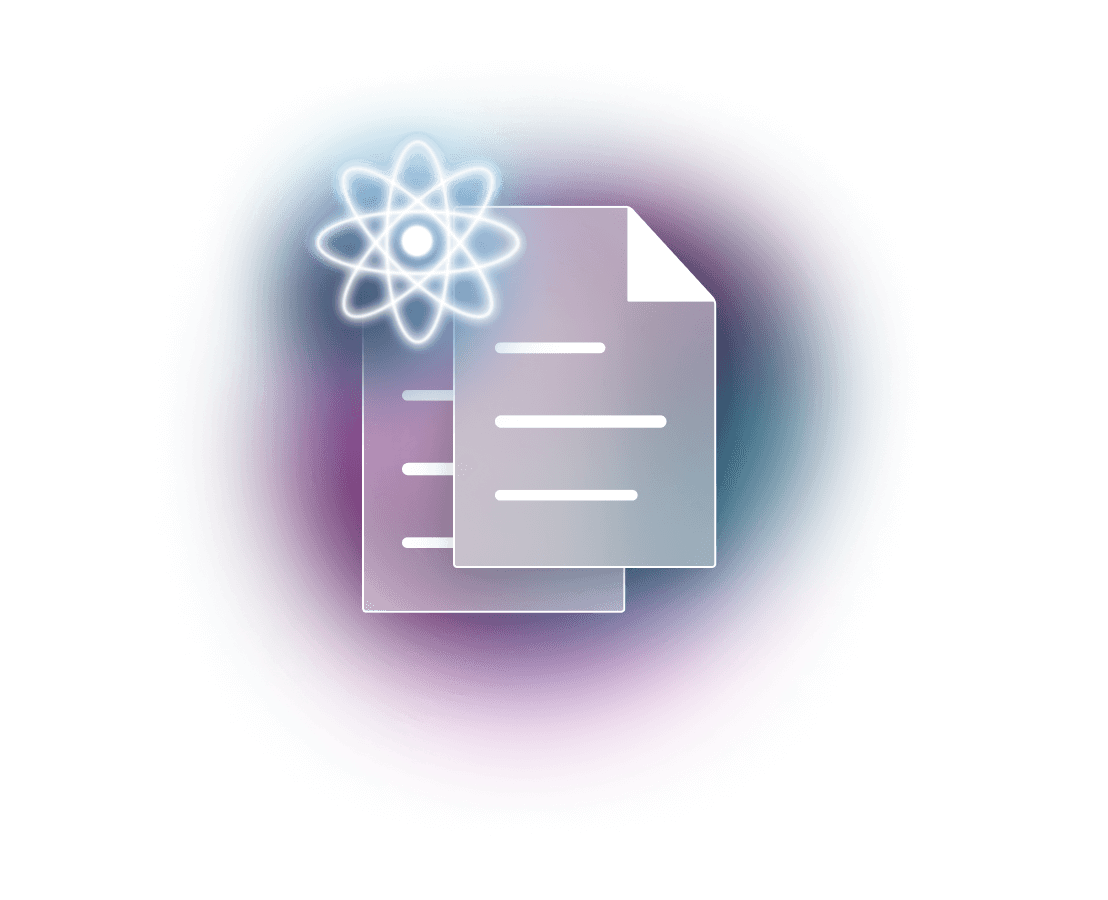 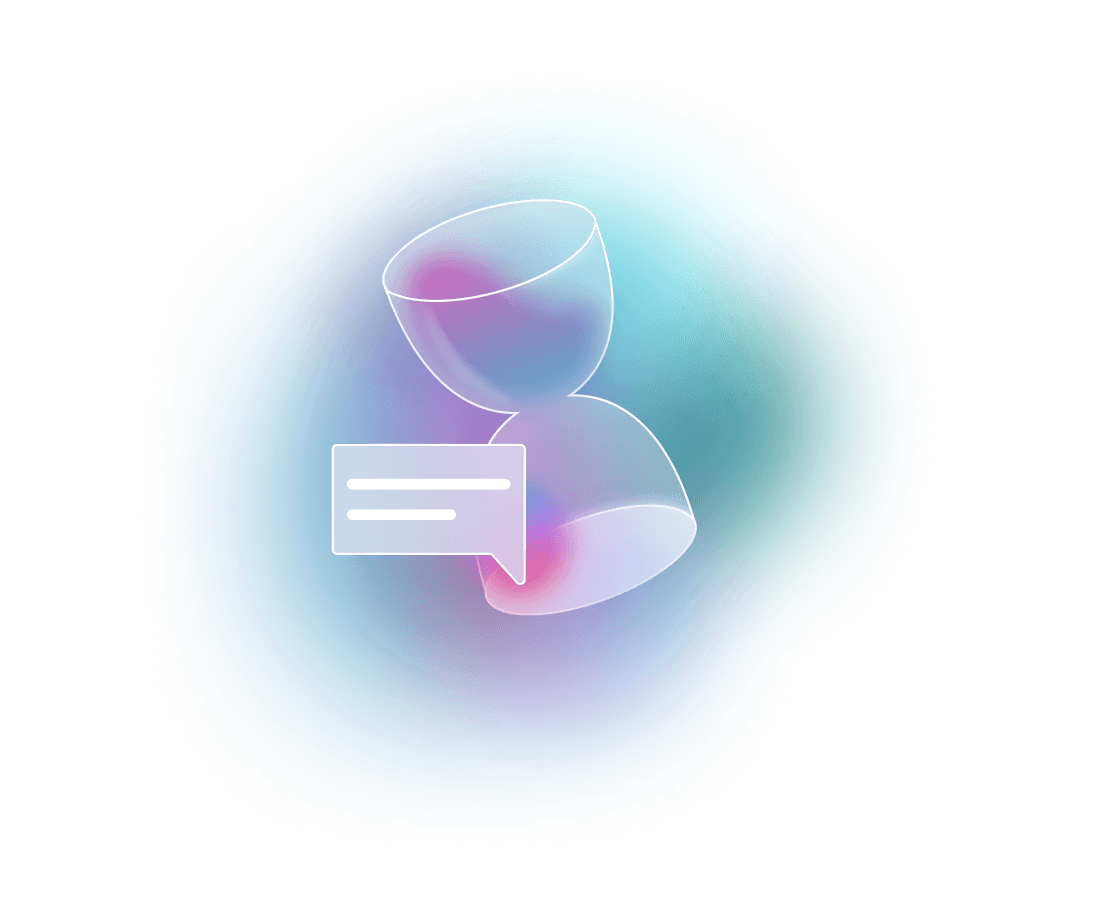 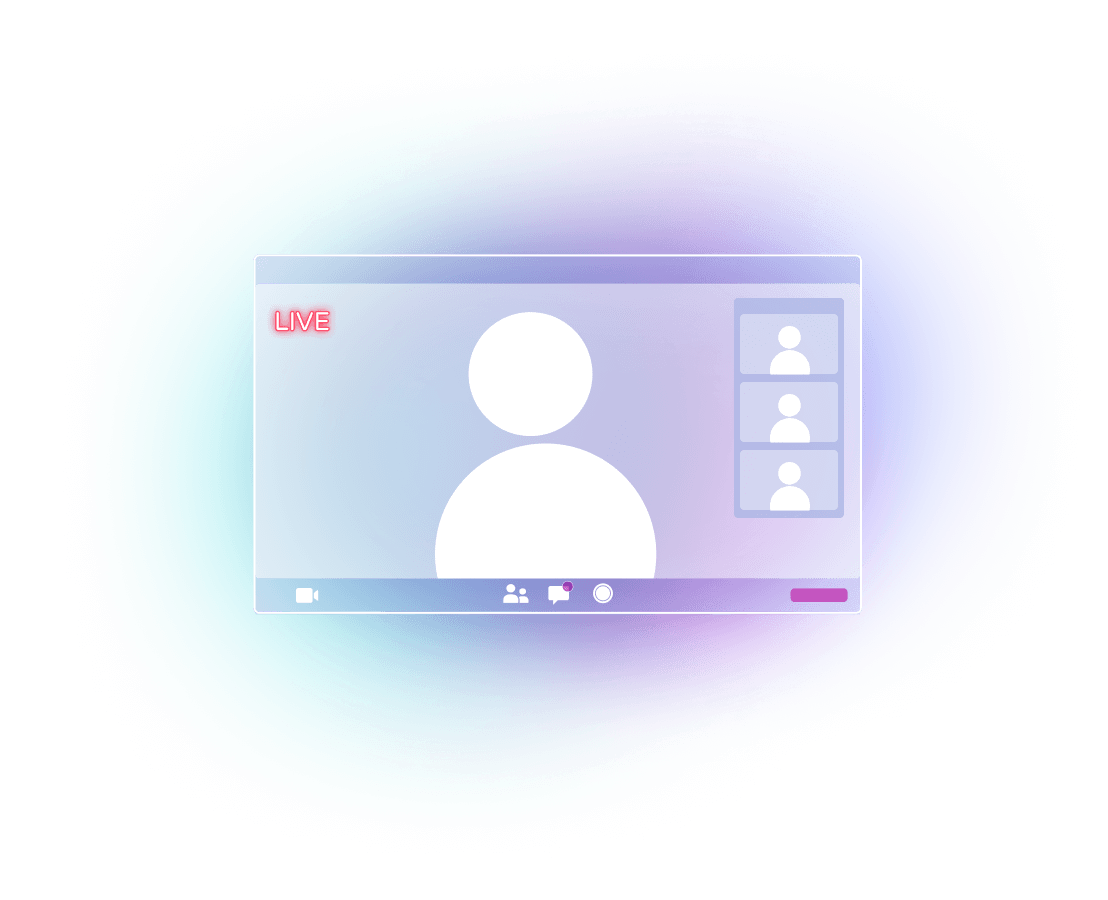 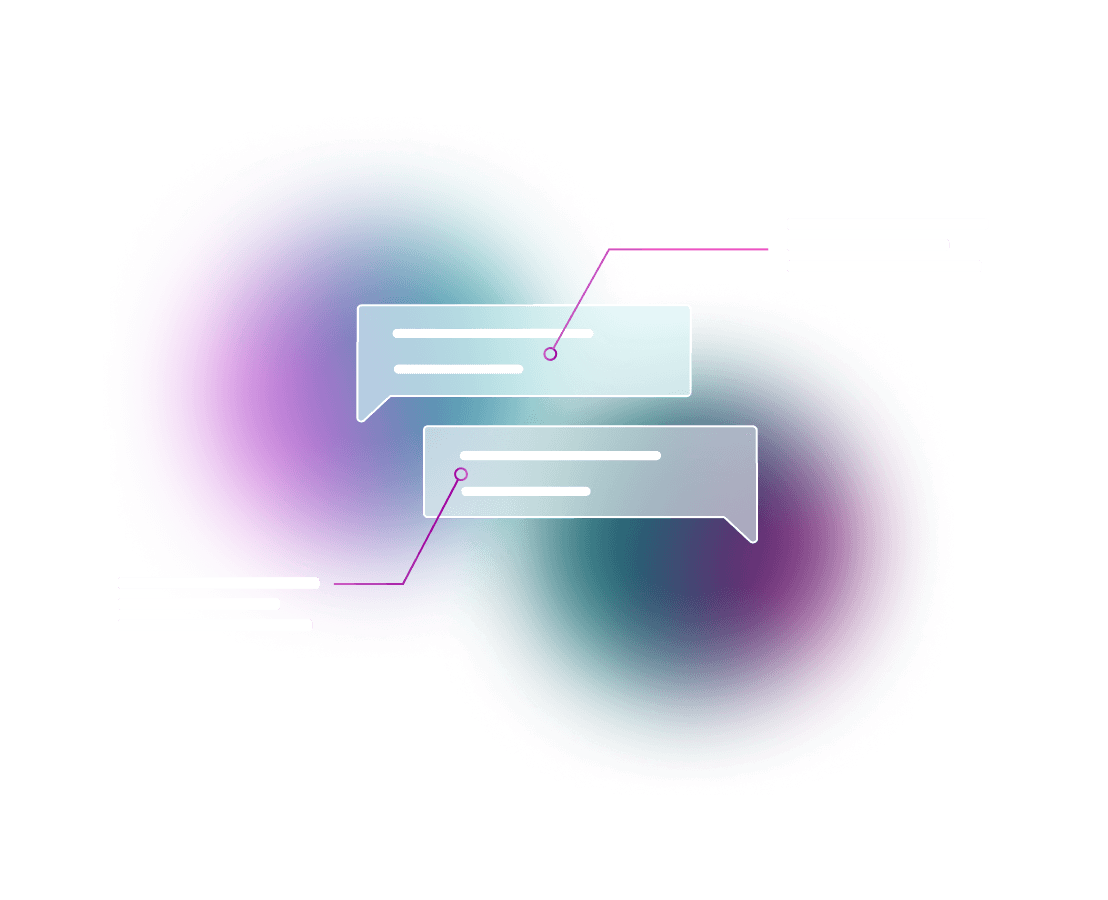 Every module consists of

Have you wondered how transactional conversations are? There is a reason you find yourself in any conversation. There is a certain intention that you have. One of the biggest mistakes most people make while signaling their intent is that they jump the gun. Conversations are a dance of words and emotions. You must take things slow, you must seem content with yourself and what you have. This is a mindset.

Walking into a conversation

Isn't it scary to walk into a conversation? The rapid heartbeats, the sweaty palms, and the embarrassing outcomes that constantly play in your head cloud your thinking. This module is all about overcoming just that hesitation. It’s about how you should enter conversations and leave a long-lasting impression behind.

Once you’re finally in a conversation your next challenge is about how to keep it going. That’s when you start fishing. Be it a podcast, interview or a date, fishing is something that signals your genuine interest in people. This module covers things you can talk about, starting with something basic and proximate to something deeper and more intimate.

I like you if you agree with the things I say. I may start to respect you if you have valid disagreements with respect to what I have to say. However, I will only truly trust you, if there is congruence between what you say and your reality. It is here that you start to develop genuine relationships with people.

When you ask meaningful questions, you go on a journey with the other person. You are both exploring each other's thoughts and understanding each other better, on a human level.

Risk is something that breaks through the screen of mediocre conversation and instantly elevates you in the eyes of the other person (if done right). However, how much risk is too much risk? This is exactly where calibration comes into play. In this module, you will learn how to take risks in conversations, realize where you’re at, and calibrate accordingly.

While risk is suited for more friendly and playful conversations, it’s not always the best in interactions at work or college. Comfort is what needs to be established there. Again, calibration is the compass that guides you in this module.

Asking for what you want

Making the ask is scary. You may just mess things up. In relationships and negotiations, it’s all about timing the ask. When is it the “right” time? And how does one get there? It all comes down to having clarity in your mind. What is it that you want? What is it that you are willing to give? Where do our wants intersect?

Walking out of a conversation

Making the ask is scary. You may just mess things up. In relationships and negotiations, it’s all about timing the ask. When is it the “right” time? And how does one get there? It all comes down to having clarity in your mind. What is it that you want? What is it that you are willing to give? Where do our wants intersect?

Honestly, most conversations do not require too much prep. Here we talk about the few that do - like an interview, negotiation or a date. It’s about dressing to fit the part just as much as it is about knowing the environment and setting the tone. In this module, we talk about the homework you must do in some cases.

Signals are extremely vital to assert conversational control. Pauses, eye contact, and statements of empathy are your strongest tools to signal what you want. These help you gain an edge.

So much of what you say depends on how you say it. Your facial gestures much like your voice communicate more than just your words. In this module, you will learn the mistakes that you may be committing unconsciously in this regard.

How well you understand others’ body language will tell you how your body language should be. Here you will learn the art of Pattern matching and some subtle touches and what they indicate on a psychological level.

People carry home emotions and experiences, not the logic of conversation. Stories are a great way to make conversations more experience-worthy. This module aims at providing you all the tools to tell great stories.

The biggest hesitation for most people is not their ability to talk, it’s the mental barrier where they feel insecure about their physical appearance. Height, weight, and other physical features often restrain your ability to express yourself to the fullest. This module helps you breakthrough that fear of rejection.

Updated on 31/08/2021. For suggestion and feedback write to us on support@learnwithprakhar.com 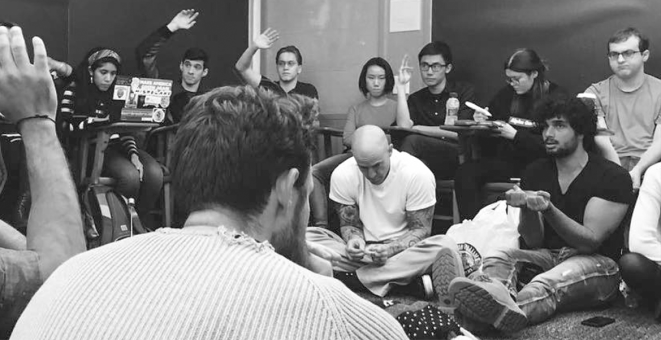 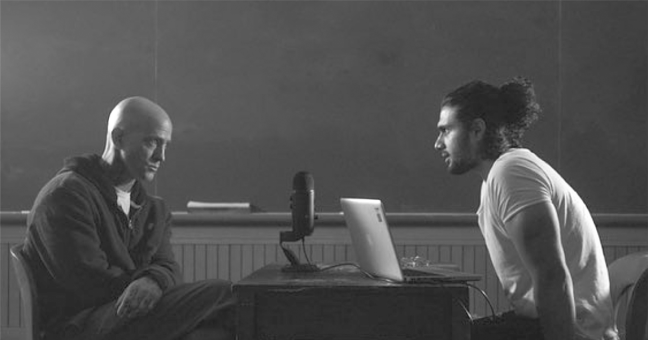 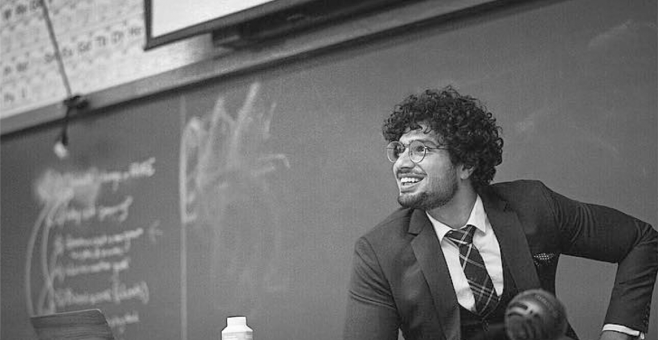 Prakhar is a social commentator and a cultural critic. He hosts PG Radio podcast that covers conversations from science, art, philosophy, technology, and politics; and Prakhar Ke Pravachan Youtube channel - which is an overlap of philosophy, psychology, and questions on how to live a good life.

In less than a year, Prakhar rose to become one of India's most popular public speakers. He has given 8+ keynotes at some of India's top institutions, including IITs and 2 TEDx talks.

Prakhar is currently a Dean's List student of Psychology and Economics at Columbia University, in the city of New York. 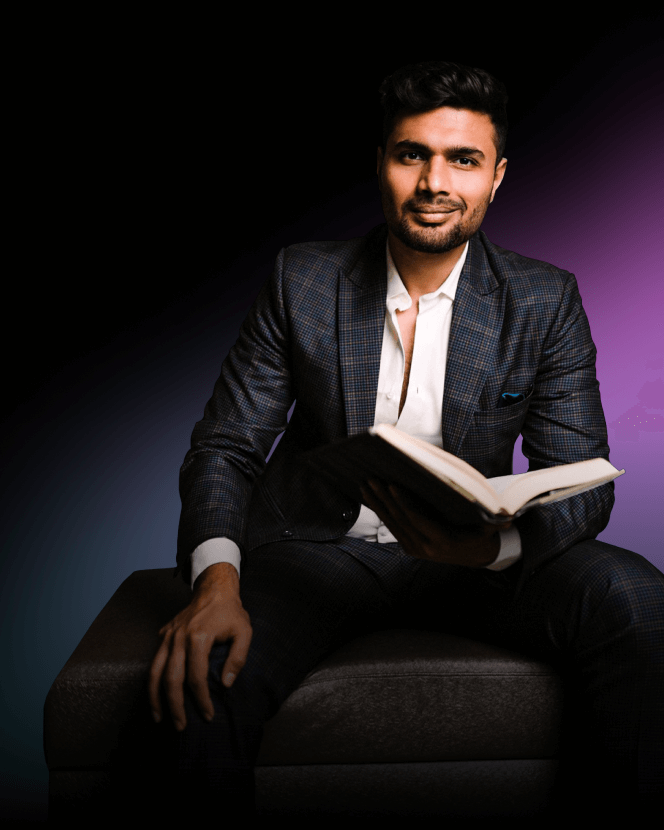 What people are saying

We can bring in tons and tons of reviews and testimonials, but we respect your time and we found this amazing review which has broken down the Art of Conversation in a very clear, accurate and concise manner.

If you don’t find what you were looking for, feel free to write to us on support@learnwithprakhar.com

All previous courses are included in the combined AOC 3.0

For how long will I have access to the course videos?

How can I get my doubts cleared?

We host weekly live Q&A classes where you can ask your questions and get all your doubts cleared from Prakhar.

Is this self-paced or live?

Art of Conversation has concise and straight-to-the-point videos that you can watch any time, anywhere, and on any device. However, we also offer a schedule to consume and practice alongside. You may choose to do either.

Do I have to pay again for future upgrades to the course?

No. You will be upgraded for free.

Become a master of conversations

Learn the dynamics of a conversation from the master conversationalist and serial podcaster Prakhar Gupta.
JOIN NOW